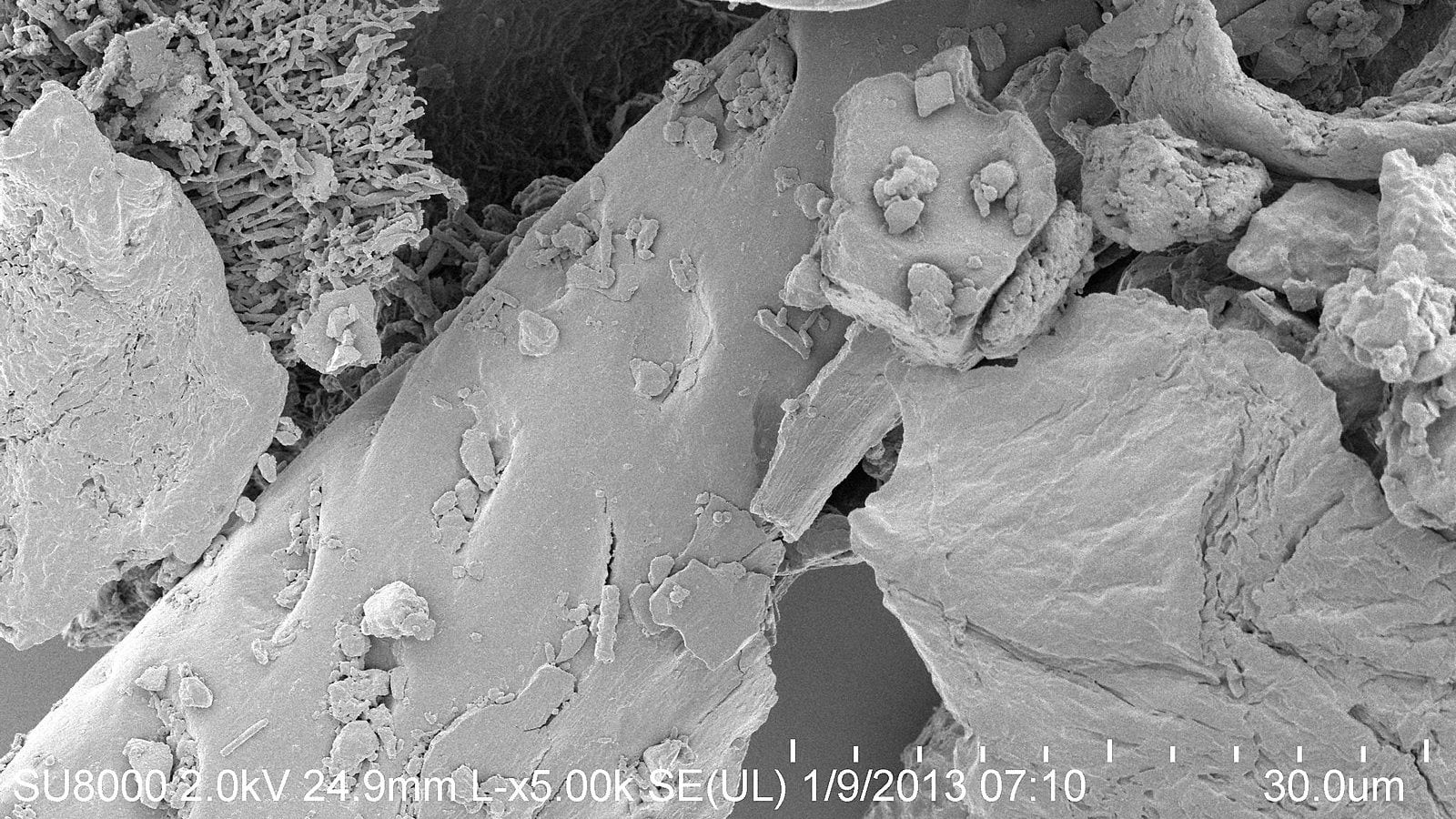 When reviewing air purifiers and scrubbers you’ll notice that airborne particle sizes are expressed in microns. To better understand how large a micron is we’ve prepared this guide on airborne particle and pollutant size.

When choosing an air scrubber or air purifier you’ll notice that they all state the size of particle the unit can capture as well as its efficiency in doing so. But, size is hard to understand, especially when we are talking about the very small.

When talking about air quality, the terms particle and pollutant are often used. And, they are often used interchangeably. Before we continue, let’s clear up what each are.

While most people are aware that air contains nitrogen, oxygen and carbon dioxide, many would be surprised to know that there is much more, much more lingering in the air. We’re talking about particles, particulates and pollutants.

What is a particle?

A particle is a small object with observable physical or chemical properties, such as density, volume and mass.

Some particles are visible, like dust or dirt. Others are too small to be seen with the naked eye.

What is a pollutant?

A pollutant is a substance introduced into the environment that has undesirable effects.

For our purposes, we’re concerned with particulate pollutants and gaseous pollutants.

Particulate pollutants can be either solid or liquid and are small enough that they can float in the air. Examples include pollen, mold, pet dander and dust. Gaseous pollutants are combustion gases and organic chemicals that are not particle-based. Gaseous pollutants are created from a wide variety of sources. A few are vehicle exhaust, paints, solvents, pesticides and even the cooking of food.

Some airborne particles, particulates and pollution are visible. Some are not. The size spectrum below compares a number of particles illustrating their size in relation to one another.

How airborne particles and pollutants are sized: Microns

Micron is short for micrometer and is abbreviated μm. A micron is one millionth (1/1,00,000) of a meter. If trying to imagine one millionth of a meter isn’t working for you, consider that the periods ending sentences on this page are far larger than 1 μm.

The following graphic illustrates the relative sizes of many common particles, all of which are targeted by air scrubbers.

As illustrated above, viruses are among the smallest particles. Human hair is included as a larger reference, averaging around 100 microns. Most airborne particles are breathable (respirable) but aren’t visible to the naked eye.